Kubernetes is a platform for automating deployment, scaling and management of our application across a cluster of hosts. It works with a different range of container tools and the one we will be using here is the popular Docker.

I have divided the process into 3 main sections:

I will be using the example of Factorial application – a simple web application created by Qxf2 that can be used as a QA interview tool.

Note: Skip to section 3 if you already have a Docker image of your website.

First, we need a Docker image that will be used while creating the Kubernetes deployment.
You can directly download the Docker image for the Factorial app from our Docker Hub repository using the following command:

Below I have listed the steps to create the Docker file from scratch.

I have Windows Home version, so had 2 options to use Docker : Docker Toolbox or create a Linux AWS instance (free one) and install docker on it. I used the later approach. Images that are built using Docker are portable across operating systems.

a. Installing essential tools – We will need python, pip and git

b. Clone the repository. It is present at https://github.com/qxf2/qa-interview-web-application

c. Putting it all together
WORKDIR helps to define the working directory we want to run the command from. Using CMD will start the server after the docker image is completely built.

Save the above final file as Dockerfile in your working or any other directory.

Build the docker image and upload it to docker hub

a. Build the docker image. Make sure you are in the same directory where the Dockerfile is present.

c. push the image to the hub

Applications need to be packaged into one of the supported container formats in order to be deployed on Kubernetes. We will now create a kubernetes pod where we will deploy our docker image. A pod is the basic execution unit of a Kubernetes application and is a group of one or more containers tied together for the purposes of administration and networking. A Kubernetes Deployment checks on the health of your Pod and restarts the pod’s Container if it terminates. Deployments are the recommended way to manage the creation and scaling of Pods.

a. Installation and set up on Windows
We will use minikube, which makes it easy to run Kubernetes locally. It runs a single-node Kubernetes cluster in a virtual machine on your computer.
Install Minikube on Windows using Chocolatey (run as an administrator):

A Hypervisor is also required. I downloaded VirtualBox

Use the following command to start up minikube:

Run the below command to check the status of cluster:

b. Verify kubectl is installed
Once the minikube is successfully configured, we can use kubectl, the Kubernetes command-line tool. It allows to run commands against Kubernetes clusters.
Use the following command to verify if kubectl is working

d. Check if the pod is running

This means that the website is running inside the pod.

e. To test the running server (pod), port-forward the pod port 6464 to localhost port 8081 (or any other port of your choice) 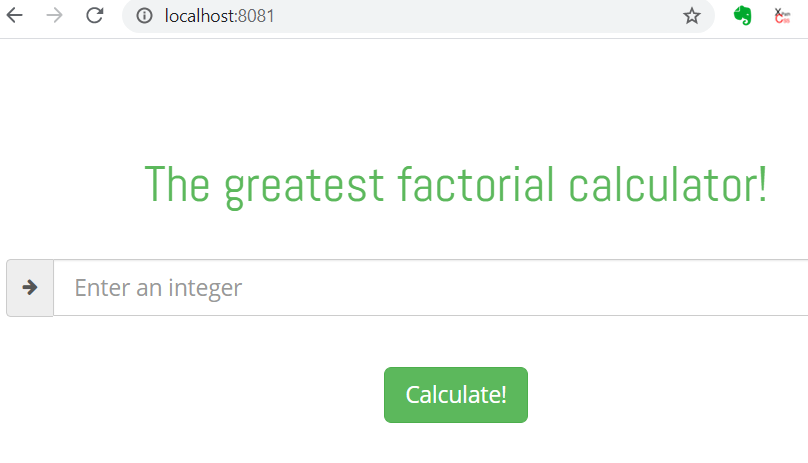 That is it. We can get our server running in the pod. Next steps, look at ingress, load balancing, auto scaling etc.

I have been in the IT industry from 9 years. I worked as a curriculum validation engineer at Oracle for the past 5 years validating various courses on products developed by them. Before Oracle, I worked at TCS as a Manual tester. I like testing – its diverse, challenging, and satisfying in the sense that we can help improve the quality of software and provide better user experience. I also wanted to try my hand at writing and got an opportunity at Qxf2 as a Content Writer before transitioning to a full time QA Engineer role. I love doing DIY crafts, reading books and spending time with my daughter.

Getting started with Kubernetes

How to get your code inside a Docker Container