Problem: There are not many good tutorials on Android unit testing

NOTE: You can read our other posts on mobile app testing here.

We will use Mileage Tracker app as our the application under test. We chose it because it was open source, the code base was relatively small and came with some unit tests. We will write a simple unit test and run it using both Android test framework and Robolectric.

The Android framework provides a testing framework to test your application. Android test suites are based on JUnit 3. We can use JUnit to test a class that doesn’t call the Android API. We should use Android’s JUnit extensions to test Android components. At a high level our steps are:

1. Set up Eclipse ADT
2. Import the test app to eclipse
3. Select a test and check the method
4. Run the test

2. Import the test app to eclipse
Create a new “Android Project from Existing Code” and import the downloaded Mileage Tracker app to your eclipse. The Mileage Tracker app also has some sample tests which are already written. Set your root directory and check the projects to import as shown below. 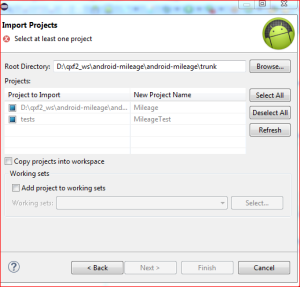 3. Select a test and check the method
The test project already has some tests written to check some of the apps functionality. We will focus on the test VehicleListActivityTest.java which checks the canDelete() method in VehicleListActivity.java in the package com.evancharlton.mileage. 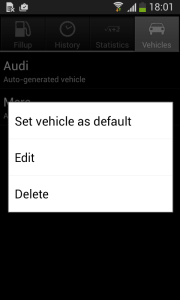 4. Run the test
Running the test as Android JUnit involves building, deploying, and launching the app in an Android emulator or a physical device, hence the directory structure of MileageTest project is similar to that of Mileage Project. Please refer to this link to set up the run configuration to run your tests either in device or an emulator. If you are running your test using emulator, follow this link for the process on how to create an emulator.

Here is the snapshot of the test run as Android JUnit Test.
– VehicleListActivityTest for the mileage app. 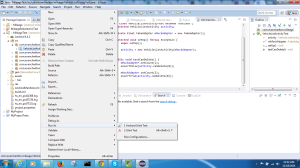 -Result of the test (using an emulator) 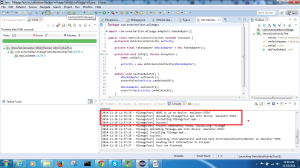 The console output as shown in the above screenshot shows that the MileageTest.apk is installed on the emulator for the test to be executed.

Robolectric is a unit testing framework that allows you to write and run tests inside the JVM on your workstation. Robolectric makes this possible by rewriting Android SDK classes as they are being loaded and making it possible for them to run on a regular JVM. Running tests using the Android testing framework involves building, deploying and launching the app in an Android emulator or a physical device. The process is a bit slow. Robolectric addresses some of these concerns. At a high level our steps are:

1. Download Robolectric jar and set up the test app in eclipse
2. Select a method to test
3. Write the test
4. Setting up the Run configuration
5. Running the test 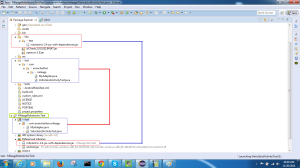 2. Select a method to test
We will test the same canDelete() method as mentioned above for Android unit test.

3. Write the test
To run our test using Robolectric, we will annotate the test using the @RunWith annotation. 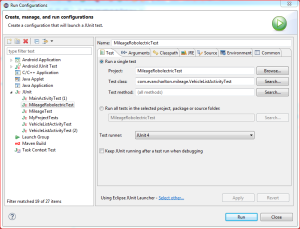 5. Running the test
Select the Run configuration which you created, run the test and verify the JUnit test result. 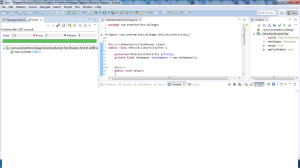 There you go. Android unit testing is not rocket science.

I am a software tester with over 14 years of experience in software testing. Currently, I am working at Qxf2 Services Bangalore. As a student of the context-driven approach to software testing, I feel there is a lot to learn out there which keeps me very excited. My work has helped me gain good experience in different areas of testing like CRM, Web, Mobile and Database testing. I have good knowledge of building test scripts using Automation tools like Selenium and Appium using Java and Python. Besides testing, I am a “Sports Fanatic” and love watching and playing sports.

Android and Appium: Press Enter on the soft keyboard

Getting started with Unit Testing using mock in Python