This post will serve as a quick tutorial for using pytest command-line options. Anyone who is new to pytest will benefit from this article.

Pytest comes with many useful command-line options right out of the box. When I started learning pytest, I had to search through a lot of material available on the official pytest website as well as other Internet resources. I hope this tutorial will help any newbie, who wants to start using pytest commands effectively.

1. Run the following command in your command line:

Note: Qxf2 Page object model has been used to demonstrate the examples in the post.

You can invoke testing through python interpreter from the command line.

This gives you a version of the pytest module.

This will give you available fixtures

This shows help on command line and config-line options

This command stops execution after the first failure.

This command stops execution after nth failure. n can be any number such as 1.2.3

This command helps to run tests by specifying the module name.

This command runs the tests from the directory

This command runs the test based on the keyword expression. e.g. in the below example, we will be running only API tests not bitcoin tests from our suite.

The -r flag can be used to display a short summary report at the end of the test. Various options are discussed in the below section.

This gives output of all tests

a- all except pP

You can specify module, directory or tests to ignore the tests.

In the below screen you can see the test has been ignored from the execution.

You can peep into the collections without actually executing the tests.

Markers that have been defined in the test_example_table.py file and pytest module imported in the test file as shown below.

Only the tests defined by the marker will run after this command. 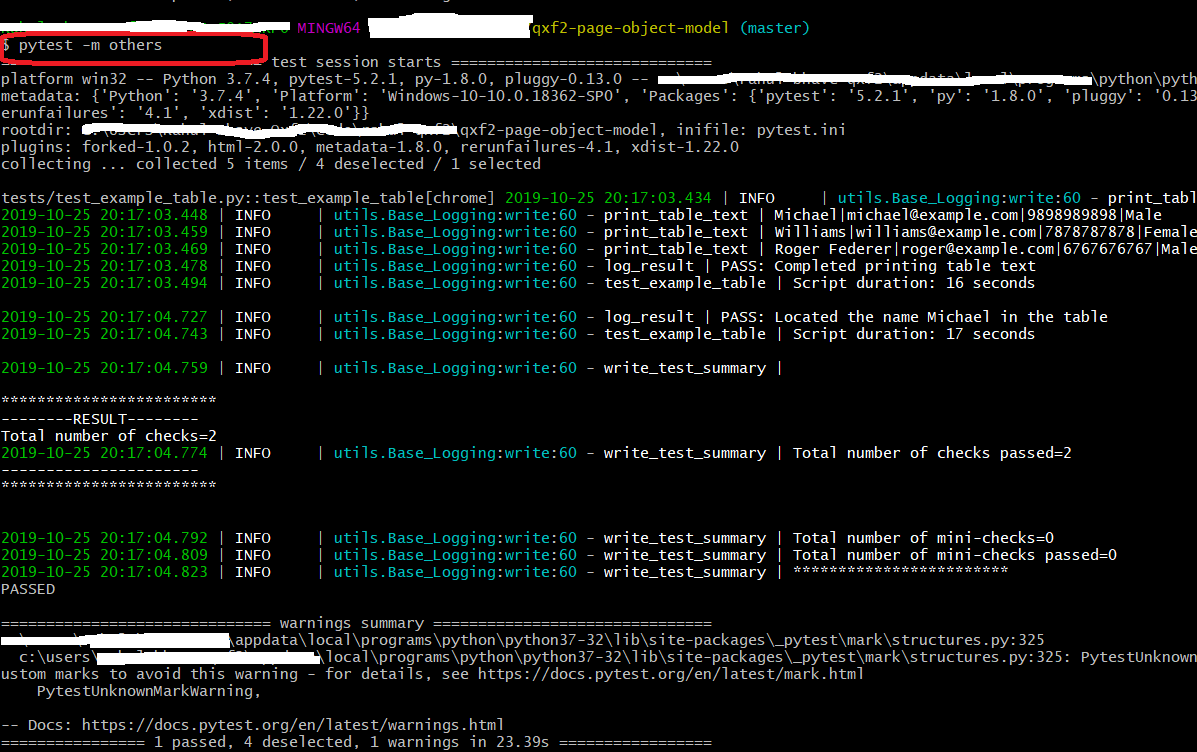 After running this command pytest will generate XML report

Users can influence output capturing mechanisms from the command line, where -s option disables all capturing. 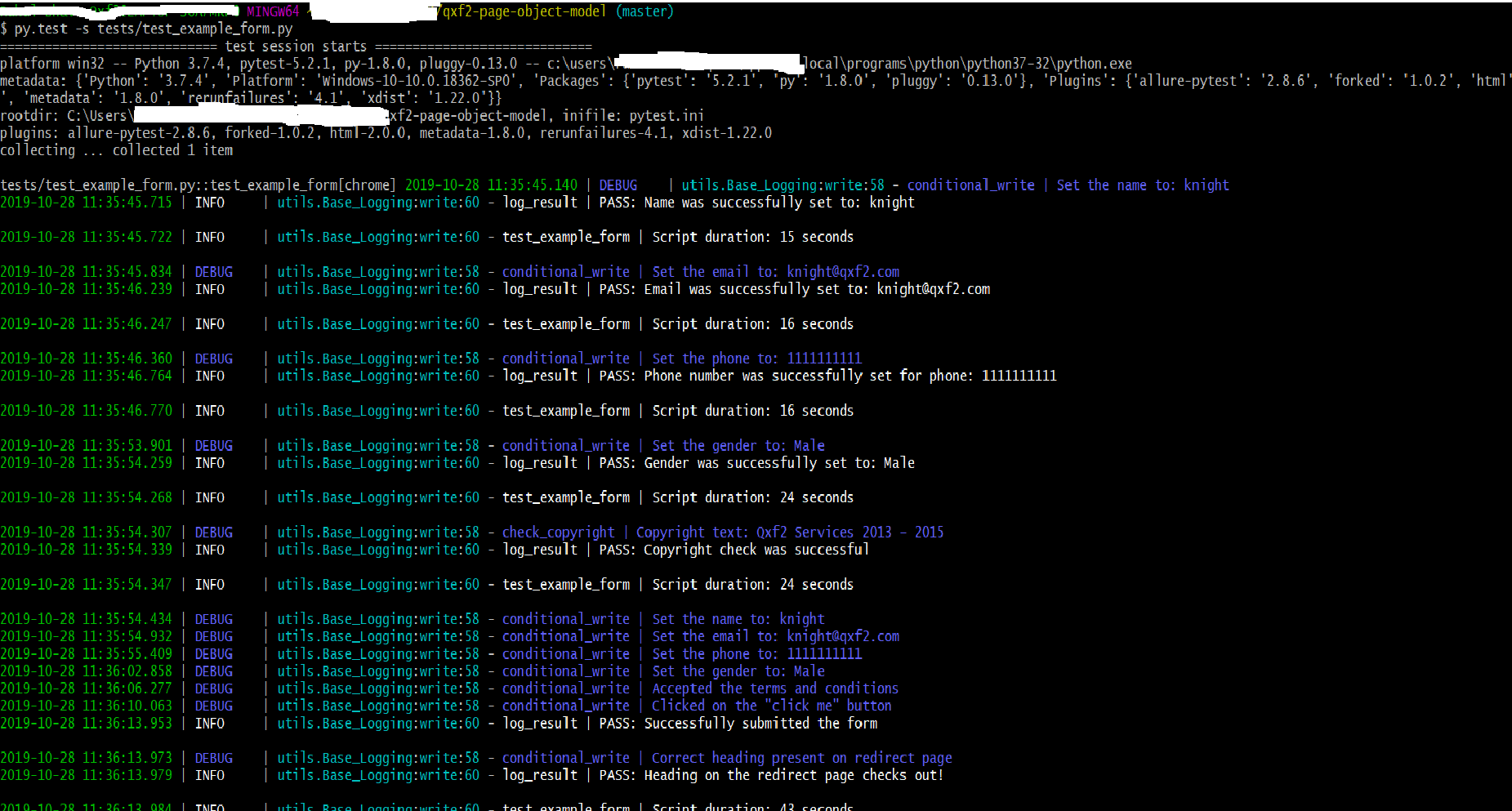 Users can create custom marker and command-line options before running tests following additions to be done in the conftest.py file and test file

Then run the test it will give output as shown in the below screen. 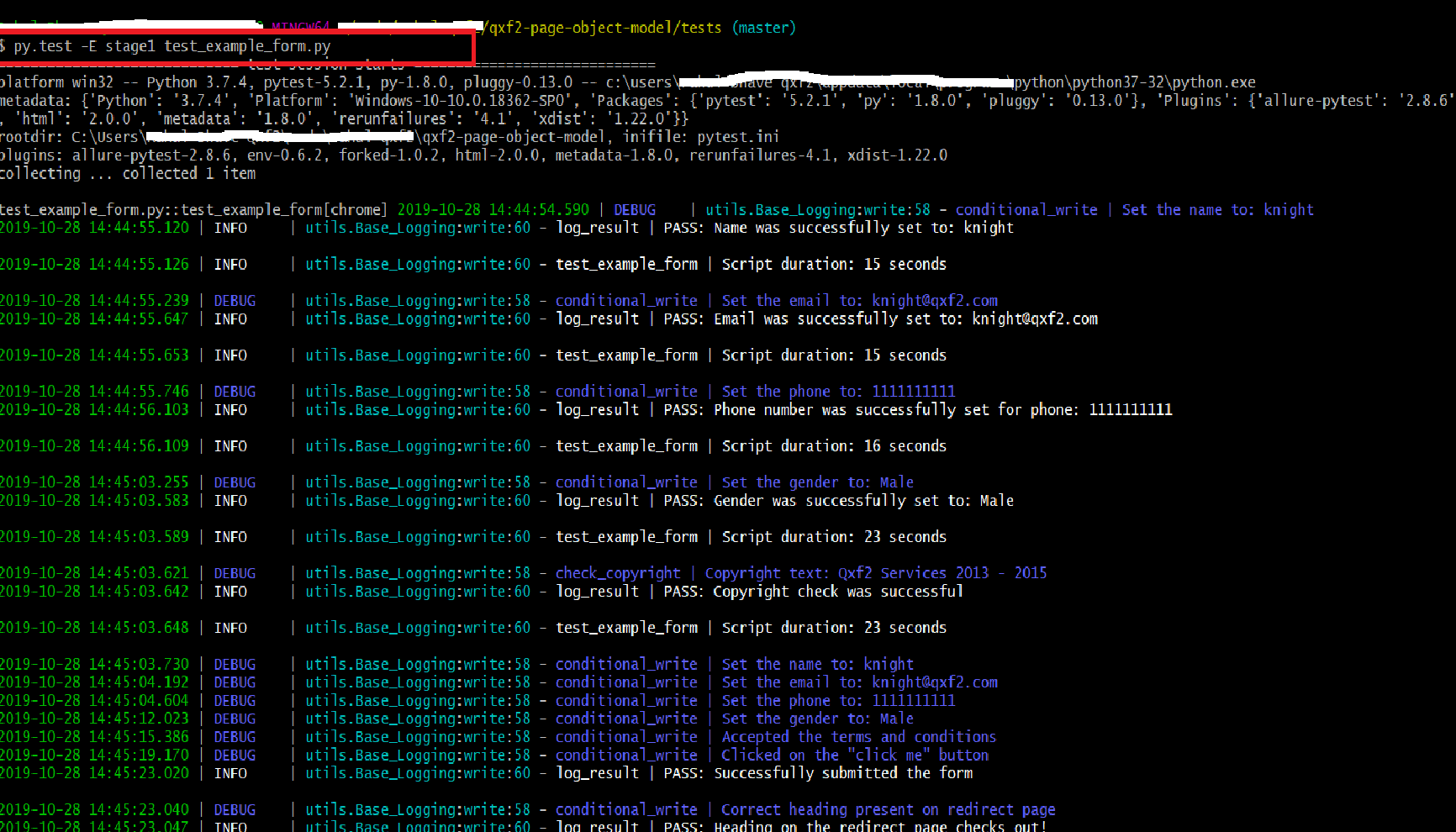 This will speed up tests by sending tests to multiple CPUs. This can be useful in longer running tests or tests requiring a lot of I/O. This can lead to considerable speedups.

I hope you have liked the blog. There are many more useful pytest commands that can be used by testers or developers for their testing. This post captures the most commonly used commands in our experience. A complete list of commands will be available at pytest documentation.

I have around 15 years of experience in Software Testing. I like tackling Software Testing problems and explore various tools and solutions that can solve those problems. On a personal front, I enjoy reading books during my leisure time.