In message-oriented architectures, it is cumbersome for QA to gain visibility into where their test messages are flowing. Visibility usually involves looking at some browser-based monitor (AWS SQS Queue) and/or monitoring logs that might not even have the data QA wishes to check. Amazon Simple Queue Service(SQS), is a message queuing services, that allows user to send,receive, store and delete the messages among AWS Microservices components. When I started learning SQS functionalities using python, I had to search through a lot of material available on the official Amazon SQS website as well as other Internet resources.

I recently had to test a pipeline (AWS stack) that consisted of several lambdas, SQS, and SNS. The messages could flow to different parts of the pipeline based on the logic within the lambdas. I was new to the product and didn’t really know all the different paths that a message could take through the pipeline. Tracing my initial input message during the exploratory phase required me to check several different SQS and cloud watch logs. This was very inefficient for me.

While I couldn’t solve this problem during my stay with the client, I have worked on this problem since then. If you are a QA having a similar problem at work, I hope this blog helps you. The below diagram will help you to relate subsequent sections in the blog. 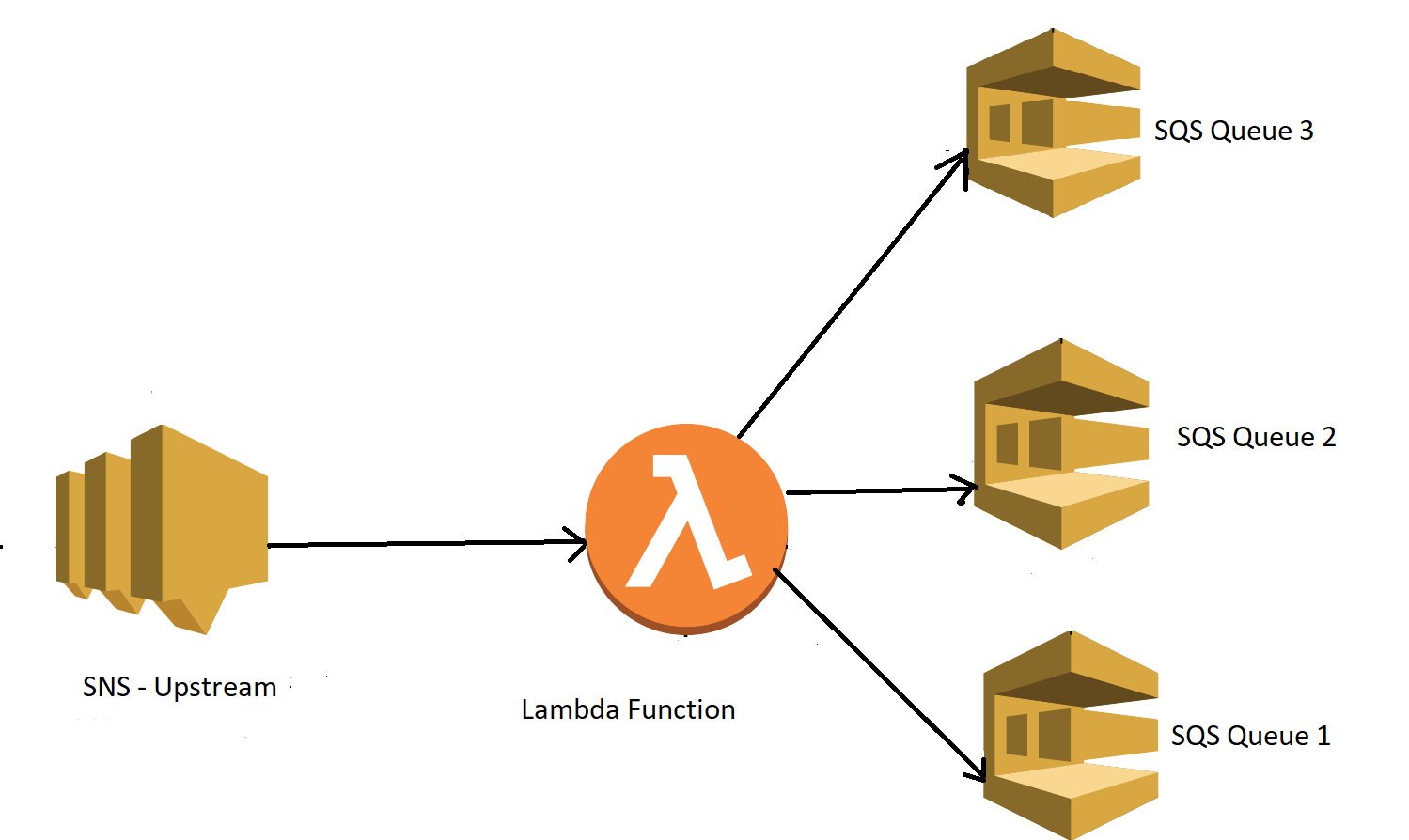 As shown in the above diagram, the lambda function will trigger certain messages based on the logic written. We will not delve into the logic, but for the blog purpose, we will assume that based on the certain filter criteria message will go either 1 or 2 or 3 queues. As a tester, I should be able to find which queue has received the message. To mimic the real-world scenario, I have created a setup using a local AWS instance with prepopulated SQS and messages in it. Then I tried to demo filtering message using Python and asyncio. The steps mentioned below includes Pre-requisites as well as code snippets.

1. AWS login is required and details AWS_ACCOUNT_ID, AWS_DEFAULT_REGION, AWS_ACCESS_KEY_ID, AWS_SECRET_ACCESS_KEY in the aws_configuration_conf.py file. These are user specific details.

2. I have created 3 SQS queues to demonstrate the code. These are stored in the sqs_utilities_conf.py

3. I have stored Filter key in the key_conf.py file.

5. I have used sample_message.json as a template. The source code is available here

6. I have used Python 3.8.2 to run this source code. You can download this version from here

7. I have installed asyncio module to run this source code. This module provides infrastructure for writing single threaded-concurrent code using co-routines. More details about asyncio module can be found here

Steps to filter the message:

1. Suppose using below code we are filtering message polled from one queue.(Note:only required code snippets are mentioned in every step):

After running the above code following output will be shown.

2. My next step is to access multiple queues and get all the messages from those queues. To demo this, I used a dirty hack of using asyncio. So to achieve this, I have added import asyncio in the import statements. Then I changed,method definition for get_messages_from_queue to async def get_messages_from_queue. Also one new method async def main is defined which will be used to access queues concurrently. The changed code snippets are shown below. Along with the message outputs:

After running the above code, we will get all the messages from the queues.

3. In the next steps, we will filter only those messages which have Value > 70 . I have defined new method filter_message. So the message where Value<= 70 will not be fetched (the messages which are highlighted by a red bracket in the above image)after applying the filter.I have hardcoaded filter_key,filter_value,filter_criteria in the get_messages_from_queue when it is called in the main method. I will come up with another blog where user can define data structure,filter for the message in future. Code snippets will look like below now:

When you run the code, it will filter only those messages where Value > 70. 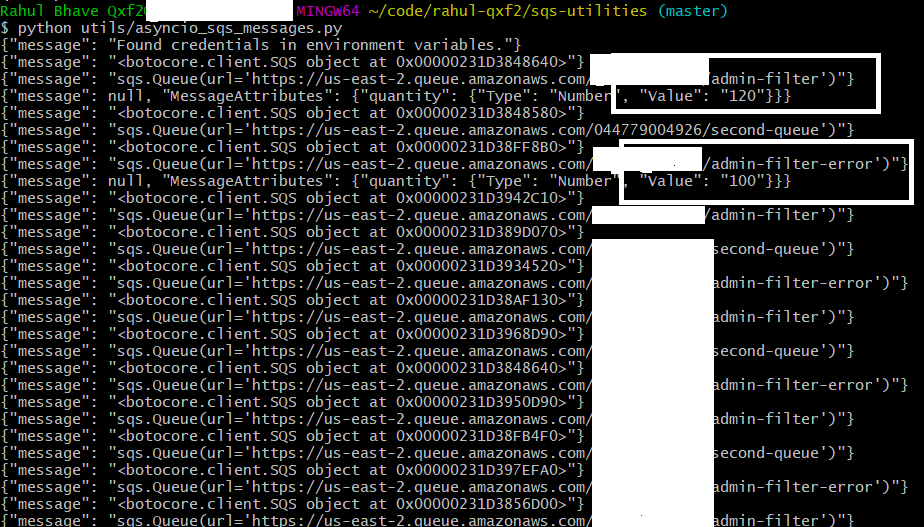 I hope you have liked the blog. The source code is available here. I have attempted to capture the most commonly used functionalities you can automate using Python and boto3 resources. You can find some useful documentation about boto3 here.

I have around 15 years of experience in Software Testing. I like tackling Software Testing problems and explore various tools and solutions that can solve those problems. On a personal front, I enjoy reading books during my leisure time.