In this post, we are going to look into, how to test an iOS app with Python-based testing framework using appium. This is a step by step procedure, right from building an app, writing a test for iOS app in Python using Qxf2 test automation framework and then actual testing of app with Appium on Mac OS using an iOS Simulator.

Tools we need for iOS testing

Step 2. Install Appium
Appium can be installed through command line or through the link given below:

Step 4. XCode
Xcode is the development and debug environment for Mac. It provides required tools, files for dev/automation for Mac and iOS apps. You can get XCode from the App Store.

Step 6. Create Apple ID
To develop, test or run applications on Mac, you need a free Apple ID. You can create the same, using this link. You can add this Apple ID to Xcode as below:
Goto Xcode – preferences – account, Add Apple ID

Step 7. Carthage
In order to launch WebDriverAgent, your macOS will need to have Carthage installed.

In case you need more information on the installation of tools for iOS testing you can refer to one of our previous Blogs. Also, in case you want to refer to videos for installation, this link will be useful.

Creating an App with Xcode

We will create a simple app in Swift with Xcode which has two input fields for email and phone number and has a Submit button. To start open Xcode and follow the steps below:

1. Select a new project from the File menu.
2. From iOS Click on “Single View app”, Click “Next”.
3. Enter the “Product Name” as the name of the app you want to create
4. Enter the “Team” and “Organization Name”.
5. With all the above details “Bundle Identifier” will be generated. We need a “Bundle Identifier”, for running the test, keep that handy.
6. Enter the language with which we want to create the app, in our case it is Swift.
7. Select the “User Interface” as Storyboard.
8. If you want to include Unit tests and UI tests, you can tick those options and Click on Next.
9. Then select the workspace where we want this app to be created.
10. One will be then redirected to workspace for an app, we need to create.
11. One can find many files/folders getting created.
12. To create an app, in “ViewController.swift” file we have to write code to define what action needs to be taken after entering the details in the app. In our app, once the user enters the details like mail and phone number and clicks on “Submit” a flash message should display as “Thanks for entering the details”. 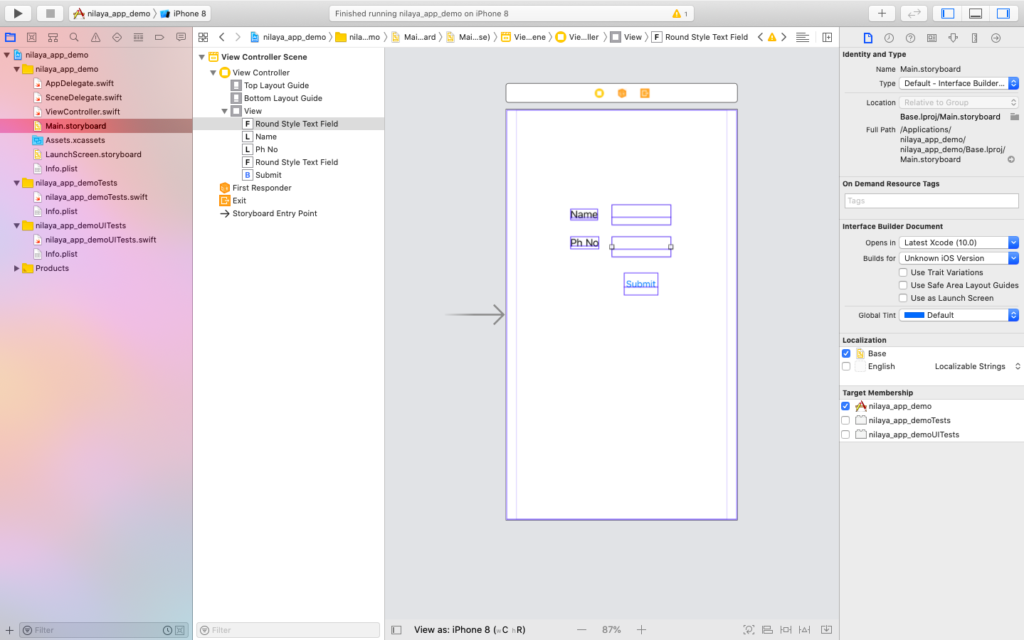 14. Linking of an app, UI with viewcontroller.swift. In this app after entering details like email and phone number and clicking on Submit button a flash message on the screen should be displayed. So we need to link the viewcontroller.swift to main.storyboard, “Submit” button. 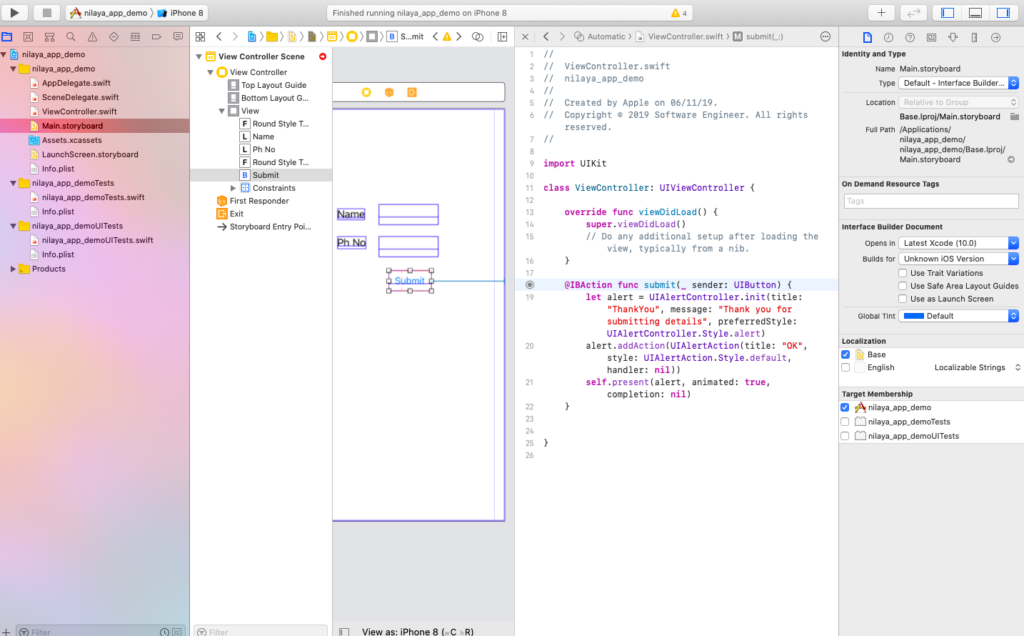 15. Now it is time to build an app. From the tab, “Product”, there is an option, “Build”. On clicking this option, the build process gets initiated. If no issues are seen, “Build succeeded” is flashed on the screen. Then on the left pane, under the “Products” folder, the user can find .app file.

Writing Code to test an app with Qxf2 Framework

For testing the app we built, let’s have a look at how to write a test for this app.

The Mobile test case is as below:

How to setup test with .app

1. Copy the path location of your .app file.
2. Run the appium server.
3. From Xcode Simulator, select the device which is available (in our case it was “iPhone 8”).
4. On the terminal, when we run command “xcrun simctl list”, we get the devices available with their udid.
5. Run the test case as below with capabilities as shown below on Simulator:

6. Qxf2 Framework has some fixtures defined, to take information related to capabilities as below:

Command to run the tests with the required fixtures is shown below: 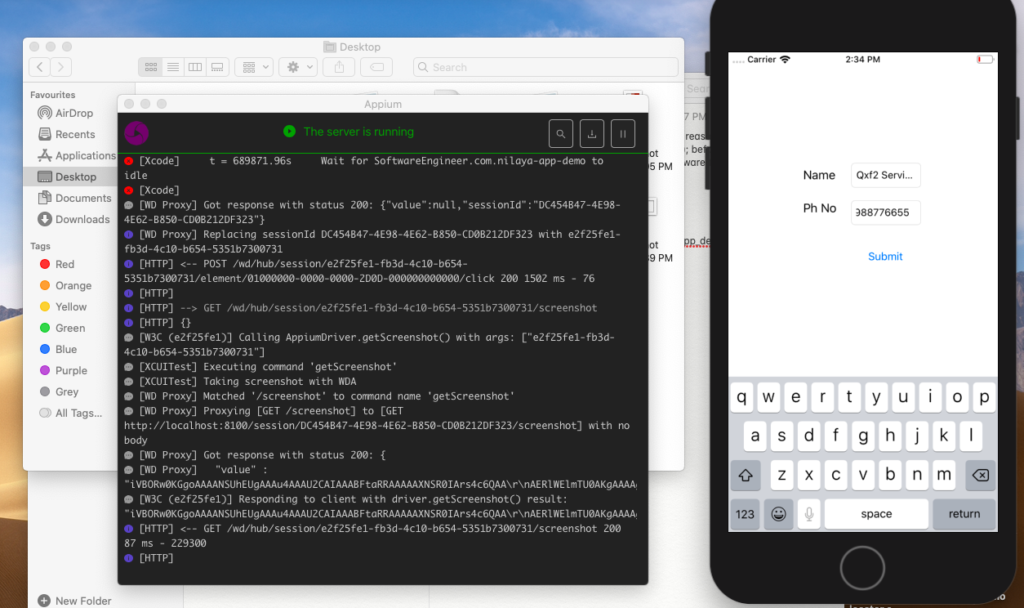 Hope you liked this post and is helpful for you to get going on iOS app testing. Happy testing!!!!

Get Set Test an iOS app using Appium and Python